Complete pricing below.
3.5-inch Floppy Disk disks are a magnetic data storage format with a flat circular plastic disk that has a magnetic coating (similar to magnetic tapes) inside a protective sleeve.  The industry consensus standard 3.5-inch diskette was released in 1982.  The 3.5-inch (93.7 x 90.0 x 3.3mm) diskette has a hard shell and stored 438Kbytes, 720Kbytes, and then 1.44Mbytes in 1986.  A 3.5-inch diskette could hold 30-seconds of video in 1996.  There were other magnetic disk formats.  Sony discontinued floppy diskette production in 2011.
Prices and Details Continued
PRICES:
TRANSFER 3.5-inch floppy disk: $4 per Floppy Disk.
USB FLASH DRIVE (Thumb drive) for file(s): $10 each (16Gb max).
DOWNLOAD files and 30 day Cloud storage: $10 per order (25Gb max).
Photos, Examples and More Details 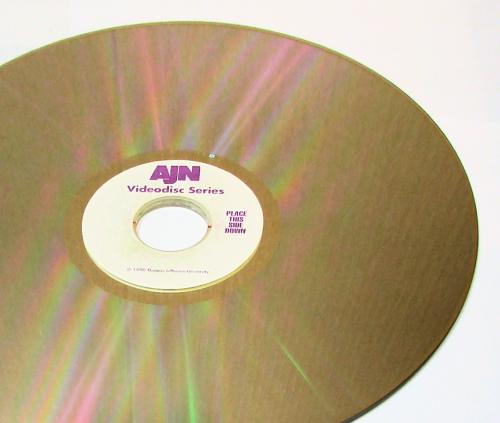 Laser Disk is a digital optical data storage format invented in 1958, patented in 1969, and commercialized by Philips, MCA, and Pioneer; the first commercial release was an MCA ‘DiscoVision’ in 1978.  NTSC Laser Disks have approx. 440 lines of resolution.  Commercial Laser Disks are constructed with data pressed into an aluminum disk for each side and covered with acrylic.  A laser reads the data bumps by following a continuous spiral track that starts near the center of the disk and plays outward; tracks ; track spacing is 1.6um.  In 1984 Sony developed a one-time writable format with data recorded into an internal layer of dye by a laser; recordable disks were used in industrial, education, and business settings.  Laser Disks measure 30cm (12-inch) diameter and are 2.5mm thick.  The last commercial Laser Disk release was in 2000 and Pioneer discontinued production of players in 2009. 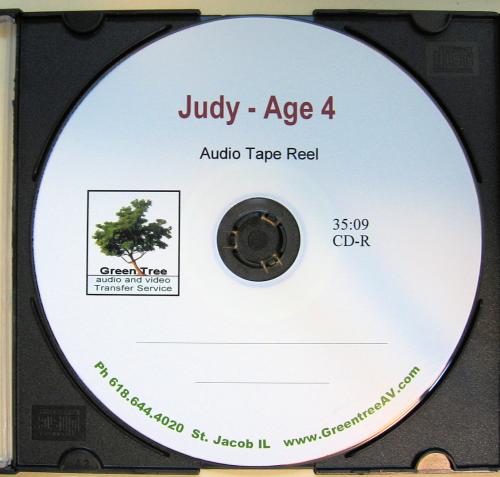 Transfer CD to audio files: $25 each.

CD (compact disk) is a digital optical data storage format and was commercialized by Philips and Sony in 1982.  CDs are frequently used for audio content.  CDs are made from one disk of polycarbonate with metallized data layer just under the top labeling surface.  A laser follows a digital track recorded into the metallized layer and tracks are spaced 1.6um apart.  Care must be taken not to make impressions in the top labeling surface which can damage the data layer.  CDs measure 12cm (4.7-inches) diameter, 1.2mm (0.047-inches) thick, and have a 15mm diameter center hole.  CDs are becoming obsolete; car manufacturers have been phasing out CD players since before 2015.

Transfer DVD to file: $25 each

DVD (digital video disk, digital versatile disk) is an optical data storage format commercialized in 1996 by Philips, Sony, Panasonic, Toshiba, Samsung, and others.  Commercial DVD-ROM (read only memory) disks became available in the U.S. in 1997 and Disney helped to promote the format by releasing movie content in 1998.  DVD-ROMs are constructed with tiny ‘data’ bumps molded into a polycarbonate disk, metallized, and the data layer covered with another polycarbonate disk.  A laser reads the metalized bumps by following a continuous spiral track that starts near the center of the disk and plays outward; tracks are spaced 0.740um apart.

Non-commercial recordable DVD formats were developed and Macrovision copyright protection and Region Code standards were adopted.  Pioneer commercialized the DVD-R and DVD-RW formats and released the first DVD recorder in late 1999 followed by Toshiba, Panasonic, Hitachi, and others.  The DVD-R format is the most universally compatible recordable DVD format and has a single session that must be ‘finalized’ in order to play in other machines.

DVD+R and DVD+RW formats and recorders were commercialized by an alliance including Philips, Sony, and others in 2001.  DVD+ formats are multisession and can add material in multiple recording sessions before finalization.  The DVD+RW format was not officially recognized until 2008.  “RW” DVDs can be recorded and erased multiple times.  Early DVD players could not play all formats and standards as can most newer machines.  There are other DVD formats.

Non-commercial disks have the data recorded into an internal layer of dye by a laser; the data layer is located between two 0.6mm polycarbonate disks.  Standard DVDs are 12cm (4.7-inches) diameter and are 1.2mm (0.047-inch) thick.  DVDs have been mostly replaced by internet and cable content delivery and many computers have not had DVD drives since 2015. USB Flash Drive (thumb drive, USB stick) is a small memory device with a USB connection.  USB communication was developed to simplify wiring and interconnections for computer devices in 1995.  In 1999 Intel (U.S.) and M-Systems (Israel) filed patents for the flash memory devices.  SanDisk bought M-Systems in 2006.  Flash Drives were commercialized by Trek of Singapore (called Thumb Drives) and IBM (U.S.) in 2000 and the devices could store 8Mb of data.  Ownership of the technology has been contested with numerous international lawsuits over the years.  Flash Drives contain a controller IC and non-volatile NAND flash memory.  NAND memory life is limited by the number of erase/write cycles.  Flash Drive data retention in devices using Grade-A memory and proper assembly processes and testing should exceed 10 years; the product Warranty should be verified.  For best results store flash drives with the cap on the connector to keep it clean, maintain normal household temperature and humidity, always ‘Eject’ before removing from a computer, and remove from computer when not in use.  There should always be duplicate copies of important files for long term storage. 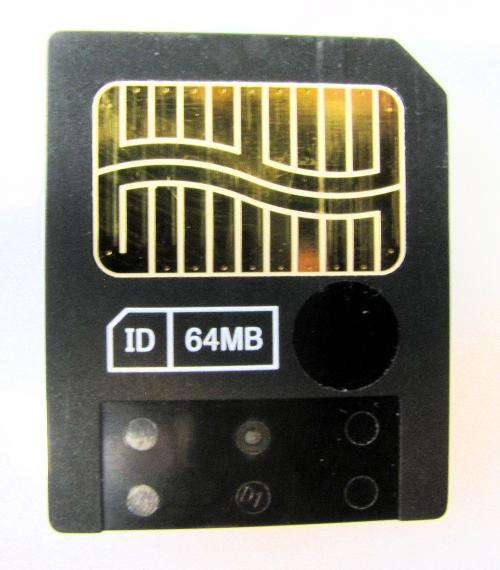 Transfer SD and other Memory Cards: $25 each.

Complete pricing below.
SD (Secure Digital) memory card standard was develped in 1999 by SanDisk, Panasonic (Matsusita), and Toshiba.  The SD card has non-volitile memory which retains data with no power applied.  It was developed for use in portable devices and is an improvement to the MMC (Multi Media Card).  It was also designed to compete with Sony's Memory Stick released a year earlier.
Prices and Details Continued
PRICES:
TRANSFER files: $25
USB Flash Drive (Thumb Drive): $10 (16Gb max).
DOWNLOAD files and 30 day Cloud storage: $10 per order (25Gb max).
Photos, Examples and More Details

I got the package [Laser disk to file on flash thumb drive]. Everything looks great and the audio is amazing. Thanks again for for a job well done Sir.

[The new DVDs of the CV video tape reel and recovered DVD] Arrived in great shape!  Thank you.  I made sure the college could open the file and DVD before replying.  Thanks again!

I am so pleased with our playable DVDs made from our video file on memory stick and from the VHS and 8mm tapes. thank you,

We just looked at the DVDs [and mp4 files on FD] you made from our Laserdisks and they are fantastic.  Thank you for the great job you did in converting our materials.  Best,

Our curators are reviewing the mov file to determine what [Laserdisk] segments to use in our upcoming exhibition. Thanks again for the speedy and professional service,

1. CONTACT US with questions or to get an estimate.
2. Print our SHIPPING LABEL from the tab at the top of the web page.
3. Number your tapes/media, keep a list, and enclose titles and contact info.
4. Seal in plastic bags, pack well, use tracking, and save the number.
5. We confirm arrival, email findings after recorded, and bill through PayPal.
Paypal accepts credit cards - you do not need to be a member.
Prepay and checks accepted; make checks payable to "GreentreeAV".
6. Most orders: Postal Priority mail $9.50.  Heavy or International: actual cost.
7. Order shipped after payment.  Normal completion 3 weeks.